You Are Not Beyond Saving

If you answered those questions with a “yes,” then this reflection is especially for you. 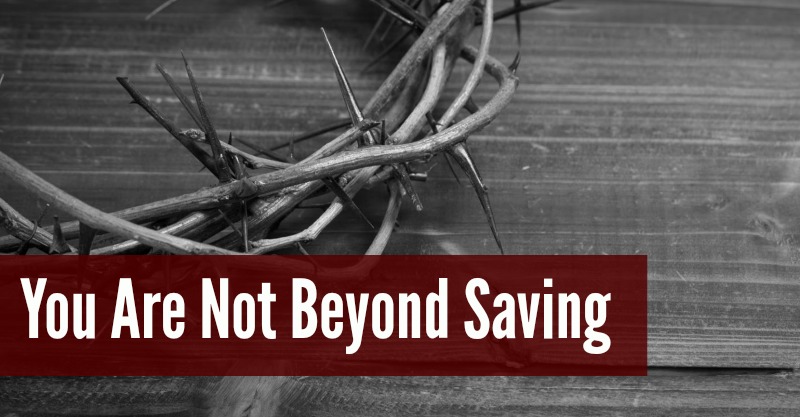 I’d like to share with you the life of King Manasseh. The life he lived was an evil one.

Here are some of the evil things that he did:

Last but not the least, he even sacrificed his children in the fire.

Friends, at this point, you’ve probably already realized how the wrongs that you’ve done pale in comparison when compared to the things that King Manasseh did.

The things that King Manasseh did was so evil, that they even “out-sinned” the nations that the Lord had destroyed before the Israelites (2 Chronicles 33:9).

Let me highlight the line… “they even ‘out-sinned’ the nations that the Lord had destroyed before the Israelites.”

Now that’s quite disturbing, isn’t it?

I mean, think about it. The Lord destroyed the nations before Israel because of the sins that they committed. And yet, King Manasseh led the people of Judah and Jerusalem astray to the point where they even “out-sinned” these nations.

Friends, that’s A LOT OF SIN, don’t you agree?

Despite the wrongs that King Manasseh did, when he humbled himself and prayed to the Lord, the Lord showed mercy to him and heard his prayers (2 Chronicles 33:112-13).

It was during this time that King Manasseh knew that the Lord is God.

King Manasseh’s life was then transformed.

He started to get rid of the foreign gods and restored the Lord’s altar (among others).

In times when you feel that you are beyond saving, remember this: